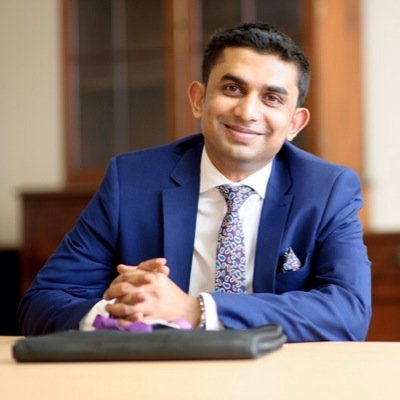 Syed is also a TV Presenter, elocutionist, researcher and human rights activist. As a published poet and writer with three books to his name, Syed Rumman was awarded “2008 Editor’s Choice Award” from the International Library of Poetry, USA, for his poetry.

Syed, during his student days, served as a student union Vice-President and university Governor, Trustee and Director. He was a member of the university Academic Board and Academic Strategy Committee. As a national student leader in the UK, Syed Rumman successfully led a campaign against the then-UKBA (UK Boarder and Agency) in 2012 which notably attracted media attention internationally and he appeared on various TV channels namely BBC, iTV, SKY TV, CNN,  RTV, NDTV and many others. Syed was as an active member of Immigration Working Group at National Union of Students (NUS) from 2011-12. He also served as a Postgraduate Union Councillor and Student Representative while he was studying his BPTC at the City, University of London.

Syed is currently serving as a Literary Editor of Surma News Weekly, UK.

It is my pleasure to get legal support from Syed Rumman at Lexpert Solicitors. He is a very confident and experienced lawyer in immigration and legal guardianship matter. He is handling my immigration matter very professionally. He is very kind, Sincere and helpful person and most importantly he is available when I need his support. I wish him every success in his life.

I am very pleased to connect with this lawyer.

It was my pleasure to get legal support from Mr. Rumman. He is very confident and experienced lawyer in immigration and other field. He has handled my immigration matters professionally. He is very kind and cooperative. I wish him every success in his life.

I know this young lawyer who is very competent and he does what he says giving very efficient service.

I would like to thank Syed Rumman from for all his support with my case. He has guided me through a tough time in my life. I would highly recommend Syed to everyone who is seeking legal advice, you wouldn’t get any better service anywhere else.

How to make a complaint against your university in the UK

You are studying in a UK university to transform your life. You are a home student and receiving student loan which you will have to start repaying when your income is more than the stipulated threshold. You may have also come to study in the UK from abroad and paying your tuition fees privately. Your parents may have invested their hard-earned money into your education to shape and secure your future.  But now you are thinking something is not...
Read More